In Peru the number of girls under the age of ten forced to become mothers tripled in 2020, a year in which the number of formally registered births in that age range was at least 26, a direct consequence of the spike in sexual violence during the pandemic.

This was revealed by the Sistema de Registro del Certificado de Nacido Vivo (CNV), a platform of the Ministry of Health (Minsa) that registers births attended in the country's health facilities and which in 2019 had registered only 9 births to mothers under ten years of age. The figure offers an incomplete approximation of the problem of underage pregnancies, as it does not include girls who had abortions or out-of-hospital births.

"Those (26) are the girls who managed to register their child, but they don’t show the complete picture of girls who became pregnant or were victims of rape," warns Rossina Guerrero, director of the Centre for the Promotion and Defence of Sexual and Reproductive Rights (Promsex).

Behind this "drama", said Guerrero, are the social isolation measures decreed to halt the     spread of the coronavirus, which for months kept educational centres, health services and women's services closed, "which meant that the girls had to live much longer with the main aggressors, who are people in their families or close to them." 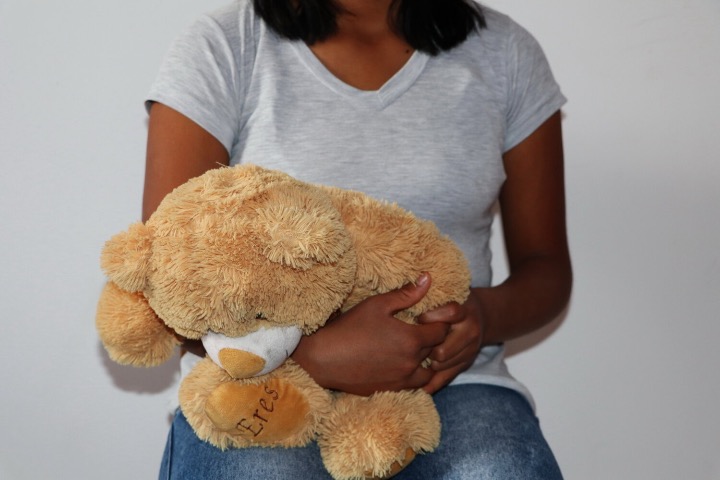 Girls giving birth between the ages of 11 and 14 amounted to 1,155 and, with adolescents aged 15 to 19, the figure rose to 47,369. The vast majority of these pregnancies result in premature births.

Again, these disturbing figures may only give a partial picture of the reality, as the same CEMs ceased to operate during the months of strict quarantine between March and July 2020, when many girls and adolescents were trapped at home, unprotected from their aggressors.

Forced maternity and child and adolescent pregnancy have been an urgent issue in Peru for decades.

According to the latest Demographic and Family Health Survey (Endes) of the National Institute of Statistics and Informatics (INEI), 12.6% of Peruvian adolescents between 15 and 19 years old were already mothers or pregnant in 2019.

Of these cases, 10.1% were reported in urban areas of the country and 8.9% in Metropolitan Lima, with percentages rising to 23% and 24% in rural areas and the jungle, respectively.

The director of Promsex insisted that this national average "grows brutally" in jungle areas such as Loreto (33%), where there is a "very high tolerance to violence."

The United Nations Population Fund (UNFPA) estimates that seven out of ten teenage mothers did not want to have a child, which poses a clear risk to their physical and mental health.

In fact, according to the World Health Organisation (WHO), complications during pregnancy and childbirth are the second leading cause of death among 15–19-year-olds worldwide.

Many of them are also forced to drop out of school, a reality that in Peru affects eight out of ten pregnant girls, according to the Ministry of Education."It's totally damaging to the girl's mental health and her development: it takes her away from school, it makes her a victim of stigma in her community and, if she manages to report it, her family doesn't see her well because she is denouncing a man in her environment," Guerrero lamented.

In addition to all this, there is the "incongruent and absurd" abortion law in Peru, a 1924 law that prohibits the termination of pregnancy, except in cases of threat to the life or health of the pregnant woman.

"We have an abortion permitted for risk to life and health, but the criminalisation of abortion in cases of rape co-exists"which, despite establishing a "low" penalty of up to two years in prison, "manages to stigmatise the practice and criminalise it", criticised the head of Promsex.

In August 2020, the Ministry of Health took a step forward by approving … access to emergency oral contraception (EC), popularly known as the "morning-after pill", and therapeutic abortion of a forced pregnancy to prevent death or severe damage to the mental or physical health of the pregnant woman.

Even so, the debate on the decriminalisation of abortion remains open and is not exempt from controversy in the country, where, in the midst of the electoral campaign ahead of the general elections on 11 April, it has become one of the issues on the political agenda.

At the most conservative end of this controversy, the presidential candidate and ultra-right-wing Rafael López Aliaga, who is in second place in the electoral polls with 7% support, proposed "putting up a five-star hotel" for girls who are victims of rape and became pregnant, "with a swimming pool and food", a place where they can decide whether they want to keep the baby or give it up for adoption.

Translated by Theresa Adams from https://gestion.pe/peru/peru-triplico-en-el-2020-las-ninas-menores-de-diez-anos-forzadas-a-ser-madres-noticia/